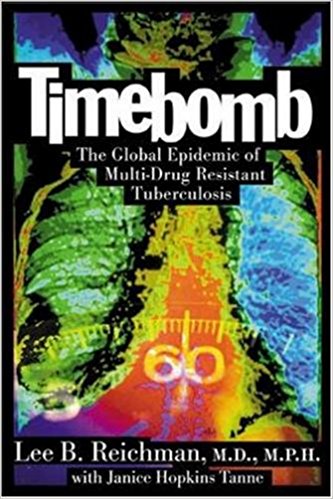 Tuberculosis, once a romantic 19th-century disease, has returned, reaching epidemic proportions worldwide. One only need remember New York City’s 1991 epidemic. Over one-third of the world’s population has latent tuberculosis; 15 million Americans are infected with this highly contagious, airborne respiratory disease. TB chooses hosts indiscriminately; average middle-class Americans are not immune, say the authors. Reichman (professor of medicine at the New Jersey Medical School and director of its National Tuberculosis Center), with medical writer Tanne, discusses a virulent strain, multi-drug resistant tuberculosis, or MDR-TB. This hard to treat, if not incurable, incarnation is believed to have entered the U.S. via immigrants often from the former Soviet Union, designated a TB epicenter by the World Health Organization. Reichman often undermines his warnings by lapsing into shrill xenophobia. “Just think how many legal and illegal immigrants from these countries are now in Western countries! And just think, in our global society, how many more are contemplating coming!” Stereotypes run the gamut: in an airport he observes “well-tailored, trim” French people “equipped with cell-phones and lap-tops,” “culture crammed and shopped out” Americans, and a group of “shabby” Ukrainians. In the early 20th-century, the Irish, often living five to one room, worsened their condition with malnourishment and alcoholism. Despite these noxious problems, the book serves an important function, relaying statistics and TB hot spots, proposing funding and international standardized treatments. Government officials, researchers and nonprofit health organizations will likely cast this as the authoritative book on the subject. (Oct. 5)Forecast: Endorsements by the Global Health Council, several congressmen, the American Lung Association and former Secretary of Health Donna Shalala and MDR-TB’s worldwide headlines will win the book ample media attention.

–This text refers to an out of print or unavailable edition of this title.