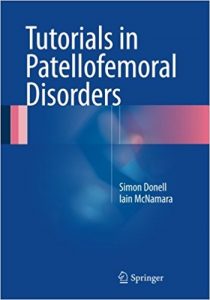 This book adopts a case-based approach to the management of patellofemoral disorders with the aim of helping orthopaedic surgeons at all levels of experience to decide whether individual patients referred with patellofemoral problems should be treated conservatively or operatively. A series of real-life case stories are used to illustrate every stage of the decision-making process and to explore the reader’s higher-order thinking around patient management. In each case study, the patient’s history, clinical and imaging findings, and management are reported, during the course of which the reader is asked searching questions. The reader is then able to compare his or her responses with those given by the authors, which are provided at the end of each case-specific chapter. This format ensures that knowledge and understanding improve as the reader progresses through the book. Although the cases are addressed primarily from the standpoint of the orthopaedic surgeon, the dominant management strategy is non-operative in many of them. Beyond surgeons, the book will also be of value for musculoskeletal physiotherapists with a particular interest in the knee.