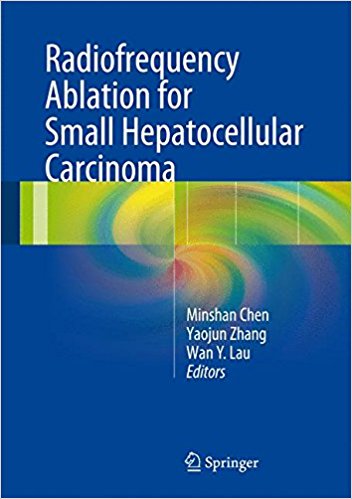 This book provides a comprehensive guide to the treatment of small hepatocellular carcinoma (sHCC) using a minimally invasive technique: radiofrequency ablation (RFA). RFA has emerged as a new treatment modality and become the main modality of locoregional therapy. Extensive clinical research indicates that RFA is as effective as surgical resection for sHCC, and it has the advantage of being less invasive. However, the outcomes after RFA are largely dependent on the operators’ experience- known as the “learning curve”. This book presents the characteristics of sHCC and discusses why sHCC is the best candidate for RFA. Then it introduces all the commercially available RFA systems, and their working principles, advantages, disadvantages and so on. It goes on to demonstrate how to perform RFA under the guidance of ultrasound, CT, laparoscopy, or during open operation. Finally, it discusses the radiologic assessment and follow‐up after RFA, as well as adjuvant therapies and clinical trials on RFA. The authors are experts from the fields of pathology, radiology, surgery, and gastroenterology, as well as manufacturers. With this book, readers gain have a clear idea of when and how to do RFA. It aims to standardize and generalize the procedure of RFA, which will be very helpful in improving the outcome of RFA for sHCC.

China. Editor Yaojun Zhang, MD, PhD, is an Associate Professor of surgery at the same department. Editor W.Y. Lau, MD, FACS, is a Professor of Surgery at the Chinese University of Hong Kong, and an Academician of Chinese Academy of Sciences.