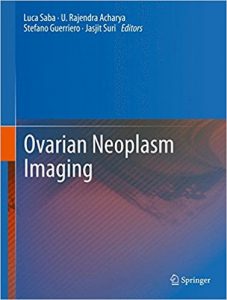 Luca Saba MD, is a researcher in the field of Multi-Detector-Row Computed Tomography, Magnetic Resonance, Ultrasound, Neuroradiology, and Diagnostic in Vascular Sciences. His works, as lead author, achieved more than 120 high impact factor, peer-reviewed Journals. He is well known speaker and has spoken over 45 times at national and international levels. Dr. Saba has won 12 scientific and extracurricular awards during his career.

U Rajendra Acharya, PhD, DEng is is a visiting faculty in biomedical engineering department at the Ngee Ann Polytechnic, Singapore. He is also adjunct professor at the University of Malaya, Malaysia, adjunct faculty at Singapore Institute of Technology – University of Glasgow, Singapore, and associate faculty at Singapore Institute of Management University, Singapore. He has published more than 285 papers, including 178 papers in refereed international SCI-IF (Science Citation Index – Impact Factor) journals, as well as international conference proceedings (48), textbook chapters (62), and books (16).

Jasjit S. Suri, MS, PhD, MBA is an innovator, visionary, scientist, and an internationally known world leader in the field of Healthcare Imaging and biomedical devices. Dr. Suri was the recipient of Director General’s Gold medal in 1980 and the Fellow of American Institute of Medical and Biological Engineering (AIMBE), awarded by National Academy of Sciences, Washington DC in 2004. Dr. Suri has been the chairman of IEEE Denver section, has won over 50 awards during his career including project, program and regulatory management, and has held several executive positions.

Jasjit S. Suri, MS, PhD, MBA, received his Masters from University of Illinois, Chicago, Doctorate from University of Washington, Seattle, and Executive Management from Weatherhead School of Management, Case Western Reserve University (CWRU), Cleveland. Dr. Suri was crowned with President’s Gold medal in 1980 and the Fellow of American Institute of Medical and Biological Engineering (AIMBE) for his outstanding contributions at Washington DC.