Handbook of Contemporary Acoustics and Its Applications 1st Edition 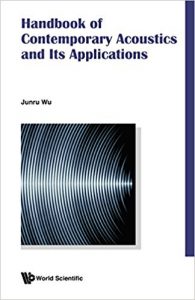 Modern acoustics has blossomed rapidly in the past decades. Beginning as a branch off from the classical physics, modern acoustics has become an interdisciplinary science that has exceeded the boundaries of its origins. As a result, the demand for graduate students, professionals and specialists who need to master the knowledge of acoustics is growing quickly. The primary goal of this publication is to meet this urgent need by providing an updated, comprehensive reference book that educates readers on both fundamental concepts as well as their broader applications in the fast-moving technological world.

The Handbook of Contemporary Acoustics and Its Applications systematically covers the theoretical principle and analytical methodology of generation, propagation and reception of acoustic waves in an ideal (inviscid) and non-ideal fluid media, in two volumes. The topics include the transduction, radiation, scattering, diffraction and reception of the acoustic wave. It also discusses the acoustic field in a duct/pipe, waveguide and cavity, the wave propagation in the multi-layers, nonlinear finite amplitude wave propagation and the mechanisms of physical and biological effects and their broad modern applications such as sonoporation, targeted drug delivery, acoustic tweezers, noninvasive high intensity focused ultrasound (HIFU) surgery, as well as sonoluminscence. Readers are also provided with the fundamental mathematic background and relevant references necessary for their creative inventions and applications.

This two-volume handbook is intended for senior undergraduate and graduate students, as well as specialists working in relevant fields, and may be used as a textbook in courses covering acoustics.

Professor Junru Wu is Professor of Physics in the Department of Physics at the University of Vermont, USA, and Co-founder of Microgen systems Inc. USA. He has been considered one of the internationally renowned experts in nonlinear physics, soliton physics, and the biological physics. He has achieved several important discoveries and inventions — particularly, his co-discovery of non-propagating hydrodynamic solitons (with his mentor, Professor Rudnick) in 1983; this achievement was listed as one of the most important achievements in Physics Acoustics in the “Acoustical Society of America 75th Anniversary Time-Line.” Dr Wu is a Fellow of The Acoustical Society of America and a Fellow of The American Institute of Ultrasound in Medicine. He is also an elected member of Vermont Academy of Science and Engineering. Dr Wu has been a professional consultant for NRG, BFGoodrich, Gillette, Abott, and Hewlett Packard Co.

Prof. Wu has published more than 150 papers in: Physical Review Letters, the Journal of the Acoustical Society of America, Ultrasound in Medicine and Biology, Physics in Medicine and Biology, the Journal of Controlled Release, and Advanced Drug Delivery Reviews. He is also co-author of a book entitled Emerging therapeutic Ultrasound (2007, World Scientific).